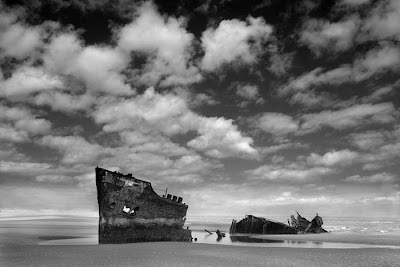 Baltray Beach
This is an image taken on Baltray Beach, Drogheda, Co. Louth, of a ship wreck. You can even see the wreck on Google Maps. Link here.
I don't know anything about this boat but will find out and post the details. I have seen a few images in colour of sunrise as its on the east coast of Ireland.
Posted by Unknown at 10:26 2 comments: 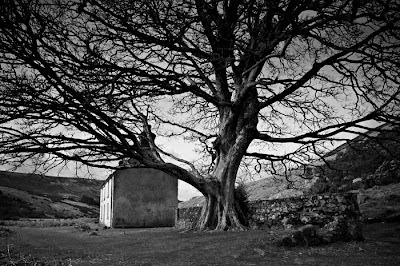 Lough Dan House & Tree
This is an image taken last saturday in the Wicklow Mountains down at Lough Dan. It's a easy 1 hour walk as we had our 5 year old with us. The first part of the walk is down hill on a road and then you go into the woods along a stone wall through the hills which leads you down to Lough Dan. You can go a few different direction once you come off the path with many places to stop and take some photographs.

Link to Google Maps Location
Posted by Unknown at 01:02 No comments: 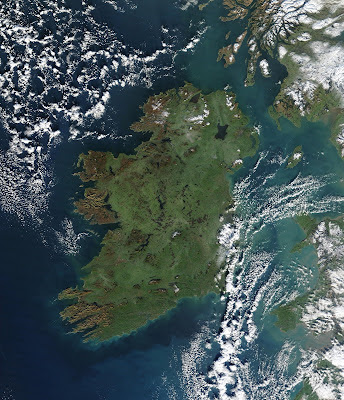 True colour image of Ireland, captured by a NASA satellite on 4 January 2003,
with the Atlantic Ocean to the west and the Irish Sea to the east.
This is the island of Ireland where I live and which all my photography are taken from. The satellite image shows just how green Ireland is (as the saying goes 40 shades of green). This blog entry is linked to Wikipedia website contents page for Ireland if you want to know more information about Ireland.
Posted by Unknown at 00:22 No comments: 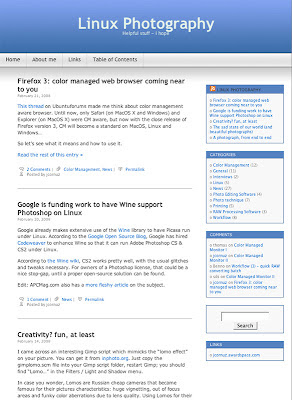 I came across a website or another blog by Joel Cornuz, who lives in Geneva, Switzerland.
This blog is all about digital photography on Linux. As I use Linux myself everyday for the past 10 year now and started out my RAW processing using Bibble Pro on Linux I wanted to share this blog with you so that you could pick up some useful info for yourself.

I think it's better if I let Joel explain himself :

So here we go, yet another blog…

The goal for this thing is to share bits and pieces of experience about digital photography on Linux. I have been a keen photographer for 6 good years now, starting with film and now using digital. You can see my pictures there: jcornuz.awardspace.com.

I happen to be also a fan of Linux (in its Ubuntu flavor these days) and I have had sometimes quite a bit of a hard time to reconcile Linux and Photography. So I am starting this blog with the hope to help some folks not losing as much time as me finding the right “trick”.

What you will find here: 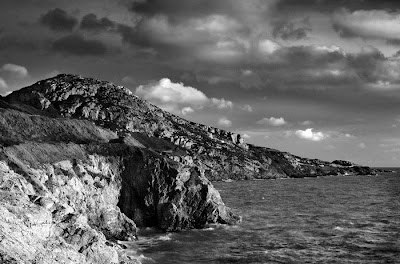 This image was taken a while back but from the same location as the toned Sutton Bay image below. This shows the cliff walk I was talking aboutand it goes all around the head land to Howth and the harbour. I posted a image of the harbour on the 1st January this year. As you can see the sky was playing ball this time and I stayed here until sunset and got a couple of colour images which are available to see in the Sunrise Sunset Gallery on Picasa Web
Posted by Unknown at 13:54 No comments:

This is not my usual work, however I think the mood suites the image.
I was out for a walk with my wife minus the children (heaven) along the cliff walk around Howth Head from Sutton Bay last saturday afternoon. There was not a cloud to be found in the sky, so I had to try something different. This image above is a letterbox type crop of the full frame image. Again I think the tone, crop and softness is what makes this image nice to look at. It's very hard to tell the difference between the sky and see but you can just make it out with the Dublin mountains on the horizon.
Posted by Unknown at 00:11 No comments: 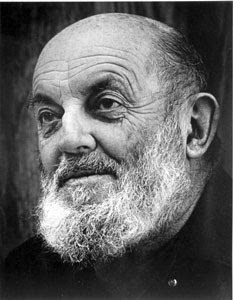 Today Ansel Adams would be turning 106 years old. It’s been 24 years since he passed away, but he still looms large in our collective memories. He was an influential person in the arts and in the environment, and as we are part of his family, it’s always fun to think about what he would be doing, and what he would be thinking. If he were with us today and in good health, how would he spend his birthday?

More likely than anything, he would start it like any other day. Fire up the typewriter (I guess that would be a computer now), and bang out a letter to the editor, and probably have some choice words for one of the many misguided policies of the current Bush Administration. He would probably even have his own blog.

His family would probably start arriving around noon, and now that the family is numbering nearly 20, a raucous lunch would necessitate an afternoon nap. An excellent interlude before the main event started, a piano concert in his home for friends, followed by cocktails (Jack Daniels) and dinner, which, on this special day, would be small for Ansel in order to save room for the chocolate dessert. After all, when you’ve lived to 106, you can’t be too concerned about a balanced diet.

Taken from The Ansel Adams Gallery. 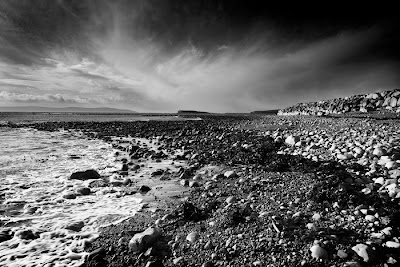 This image was taken on the day after my Lecture with Galway Camera Club. Again it was raining all morning on the drive along the coast. I went as far as Inveran and turned back. I will be going back to this location again during the year cause there is some wonderful images to be gotten there. On this trip it was a wash out, however never give up hope. As I got back to Galway the weather changed again. So I stopped on Salthill and the image above was the results. I only had about 30mins before that cloud front you see in the image came along and that was it for the day. But i did manage to get a couple from this viewpoint of Galway Bay with White Strand in the background which I was pleased with.
Posted by Unknown at 23:26 No comments: 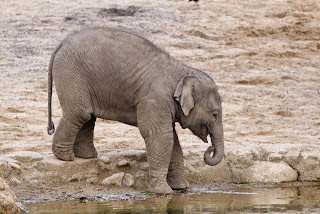 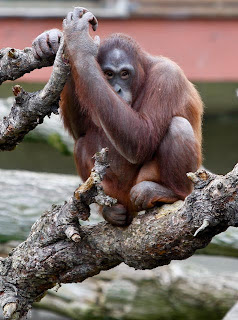 It was mad bussy ! at the Zoo on Sunday what with two camera clubs there (Navan and Celbridge) with their big guns firing at speed all trying to get "The Shot". I did manage to take a couple of images myself, make that well over 1000 images.
In the end I ran out of memory cards so had to stop. I had all my family with me and I think it was over 20 year ago since my mother was last in the Zoo. It took us 4 hours to walk around with the odd stop or two.
Posted by Unknown at 01:20 No comments:

I was invited to Judge a Competition for Mid Louth Camera Club last Tuesday by Richie Hatch ( check out his website, top class Architecture Photography ). I had to judge 3 sections, colour, b&w and digital with comments on all images.It's hard to judge an open theme competition, but I hope my comments and top 3 places were ok for the members present.

After the Judging a showed a selection of my own B&W works and explained how what when and the why of each image. In the process of doing I hope that the members took onboard some knowledge about the theory of my B&W conversion workflow.
Posted by Unknown at 22:41 No comments: 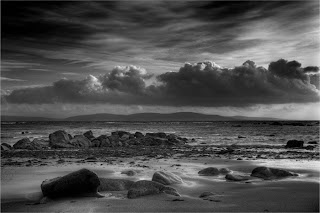 I was away in Galway this week for a couple of days. I was invited by Galway Camera Club to judge there Landscape competition. I would like to thank Sean McCormack for the invitation and hospitality. ( You can check out Sean's work by this link).
I stayed along the coast road out of Galway towards Spiddle (R336) to take some images for my Fellowship Distinction Panel. The weather play a major part of this trip ranging from lovely sunshine to strong winds, heavy rain and snow showers. I managed to get a few images from the beach at Furbogh with I was very pleased with. I have not gotten the time yet to process them but will do next week.
Posted by Unknown at 21:04 No comments:

This website and its contents are owned by Neil McShane

No image may be captured, copied or distributed by any means without the written permission of the copyright holder.

Welcome to Mononeil the photo blog by Neil McShane.

I am an Artist not a Photographer.
I don't take photographs, I make Images.

I live on the island of Ireland with over four thousand kilometers of coast line, and hundreds of lakes rivers and mountains. Mother nature has shaped the landscape into what we see today. Through the medium of black & white photography I have captured this wounderful shape, form and texture. We see in colour but through the art of visualization I see the final image with the deep rich blacks of the shadows down to the whites of the clouds. I do not add or takeaway from the image I capture but use what is there in front of me. I may have to wait for hours or even days until I am happy with the final photograph.

My work has just begun.